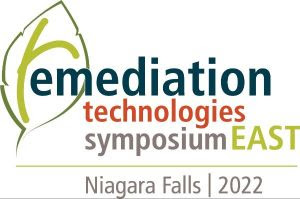 ESAA is pleased to announce that the Program for the inaugural RemTech East is now available.  The program features 43 technical talks covering a number of topic areas.  The program also features keynotes by: Nik Nanos of Nanos Research, Robert Swan of the 2041 Foundation and Simon Jackson of the Spirit Bear Youth Coalition.   The conference also features 45 exhibits, numerous networking opportunnities and registration add-ons including a reception at Table Rock Restaurant and the Water’s Next Award Dinners.

Program details can be found at: https://esaa.org/remtecheast/agenda/

ESAA looks forward to seeing you at the Falls!

Register now! You don’t want to miss out on the “BEST” opportunity to network and learn about the current environment industry in BC.

The Abstract Selection team reviewed dozens of abstract submissions and have put together an outstanding program of technical presentations. Preview this year’s program at: bceia.com/best/#program-timetable.

The Record of Site Condition (RoSC) module in OneStop has been required for all contamination management submissions (with the exception of submissions required under an Environmental Protection and Enhancement Act (EPEA) approval for mining operations) since July 8, 2021. Since then, the AER has listened to industry feedback on aspects of the form and has made several changes as a result.

These information sessions will provide a refresher on submitting the RoSC in OneStop, but will focus on new OneStop functionality being released in the RoSC module on Jun 9, 2022.

You will also have the opportunity to ask questions with AER staff.

The Zoom link for the virtual town halls has not changed from the original one which was sent out in March.

To update your calendar with the new virtual town halls schedule, please download and import the following iCalendar (.ics) file to your calendar system to save the recurring schedule and access information:

To join the each session, you can use any of the following four options:

Dial(for higher quality, dial a number based on your current location)

Please save the access information above to join Alberta Environment and Parks (AEP) for the virtual town hall on Friday, May 27th to continue conversations on extended producer responsibility (EPR) in Alberta. This access information will remain the same for future town halls.

If you have any questions about these sessions, please contact: AEP.RecyclingRegulation@gov.ab.ca

On June 22, world-renowned environmentalist, Dr. Jane Goodall will be delivering an evening of inspiration to the Southern Jubilee Auditorium in Calgary, AB. For a limited time, you can see the legendary Dr. Goodall LIVE with a special 15% off discount for all ESAA Newsletter Subscribers.

Dr. Goodall‘s talks never fail to inspire people of all ages, from all walks of life, as she recounts her unique experiences as a young woman working alone in the rainforest and her hope for the future through her dedication to youth-led action for sustainable change.

To use your exclusive discount, please follow these steps.

Step 2. Select the ‘Unlock’ section located on the right top corner of the ticket bar

Step 4: The 15% discount will be applied and you may choose your tickets/section.

This special opportunity is only available until June 3rd, so don’t wait!

All proceeds from ticket sales support Dr. Goodall‘s vision and the Jane Goodall Institute of Canada’s mission to build a better world for people, animals, and the environment we share.

We hope to see you there!

Check out the new improved ESAA Job Board.  Members can post ads for free.

Subscriptions are free and open to members and non-members.